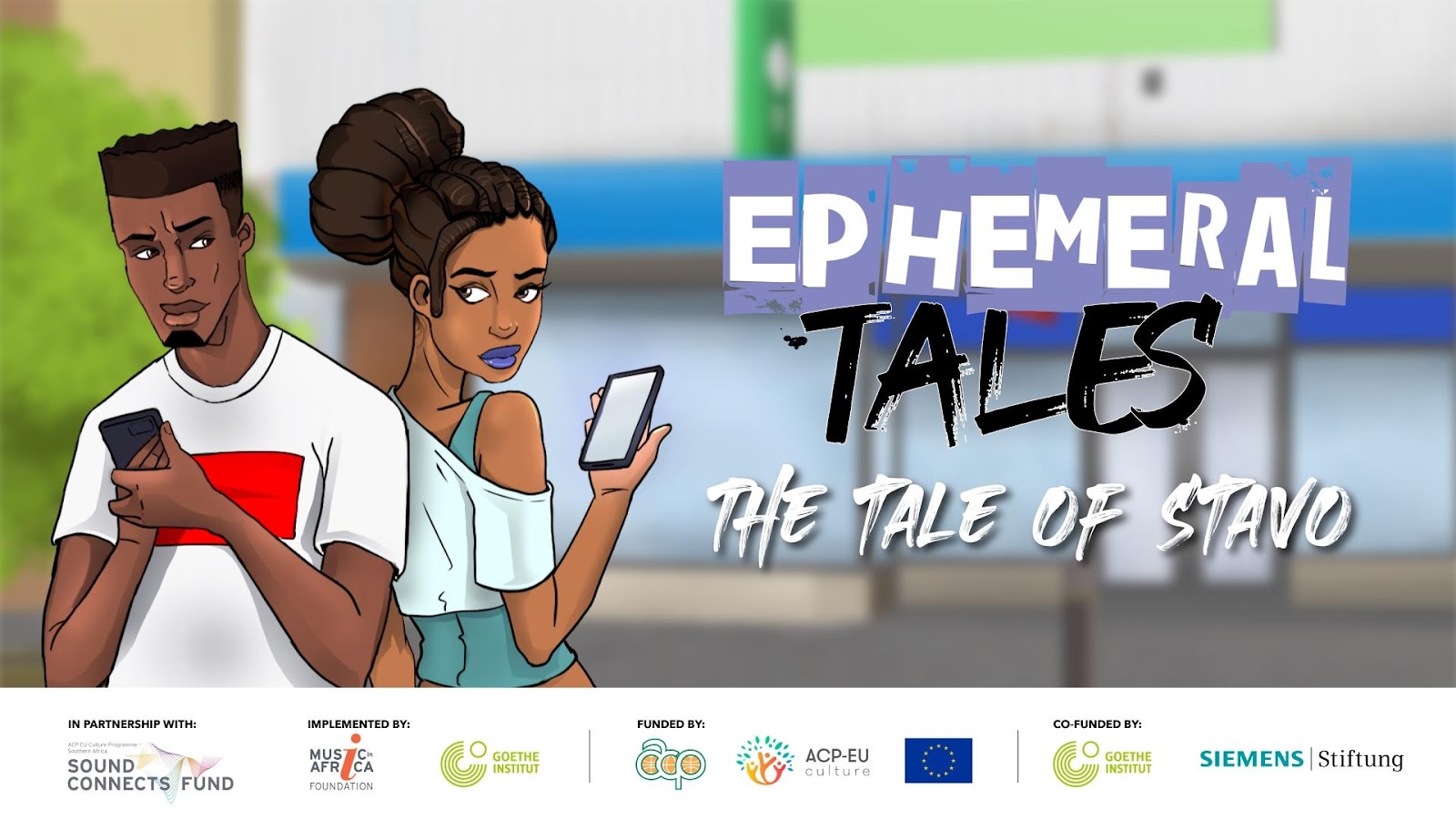 Beyond the challenges and the drama surrounding Zimbabwean youth and urban culture, it’s amazing how Kay Media Africa was inspired to create what they describe as “A nail biting four-part animated musical series that creatively combines animation and music.”. The animated series – Tales of Stavo was launched last night at The Venue in Harare and has slowly started attracting views online.

Hold on to your seats Zimbabwe, this is definitely content not to be missed. However, the four episodes from the eight-month project will be released weekly on the Comexposed YouTube Channel.

The story had to be comprehensible, and they made sure of that. It took hard work, eight months, twelve participants, funding and thorough research to get an incredible final product. In an interview with earGROUND, the spokesperson, Lizzy said the project aims to entertain and spark conversations about current issues affecting the Zimbabwean community. “We hope to tell a story that dives headfirst into social issues and explores issues that affect young people in a way that most shy away from.”

Beyond entertainment, the project also addresses the never-ending need for opportunities in the cultural and creative industries. According to Lizy, the twelve participating young creatives were given the opportunity to build their capacity through training workshops, collaboration, and access to professional production facilities to produce high-quality content.

“This project promotes sustainability in the industry by training and equipping young artists who will not only contribute to the next generation of digital creatives, but potentially train others and strengthen the industry. Practitioners are paid for their work, keeping them economically active and contributing to the economic development of the sector. The success of the project also opens up opportunities for new work,”

Lizy explained. How privileged they are to be able to take away unbeatable skills, a good network and great memories, in addition to the innovative product that bears their name.

The team behind the production of the entertaining artwork was selected after a series of advanced animation and digital storytelling workshops. They began their work in February 2022 under the guidance of renowned multimedia designer Eugene Mapondera and music and film producer Keith Kuhudzai.

Music was composed by music producers Tinashe “Texas” Matekwe and Innocent “Mr Flow” Masamba, while emerging Zimbabwean digital artists Tavonga Shumbanhete and Chanelle Katsidzira collaborated with local Afro-fusion singer-songwriter Masa Caroleen and rapper Prophecy for the finished project. Ephemeral Tales is funded by the Sound Connects Fund, an initiative of the Music In Africa Foundation (MIAF) and the Goethe-Institut. The Sound Connects Fund is made possible by a financial contribution from the European Union and support from the Organisation of ACP States. Watch the first episode online through the link below.