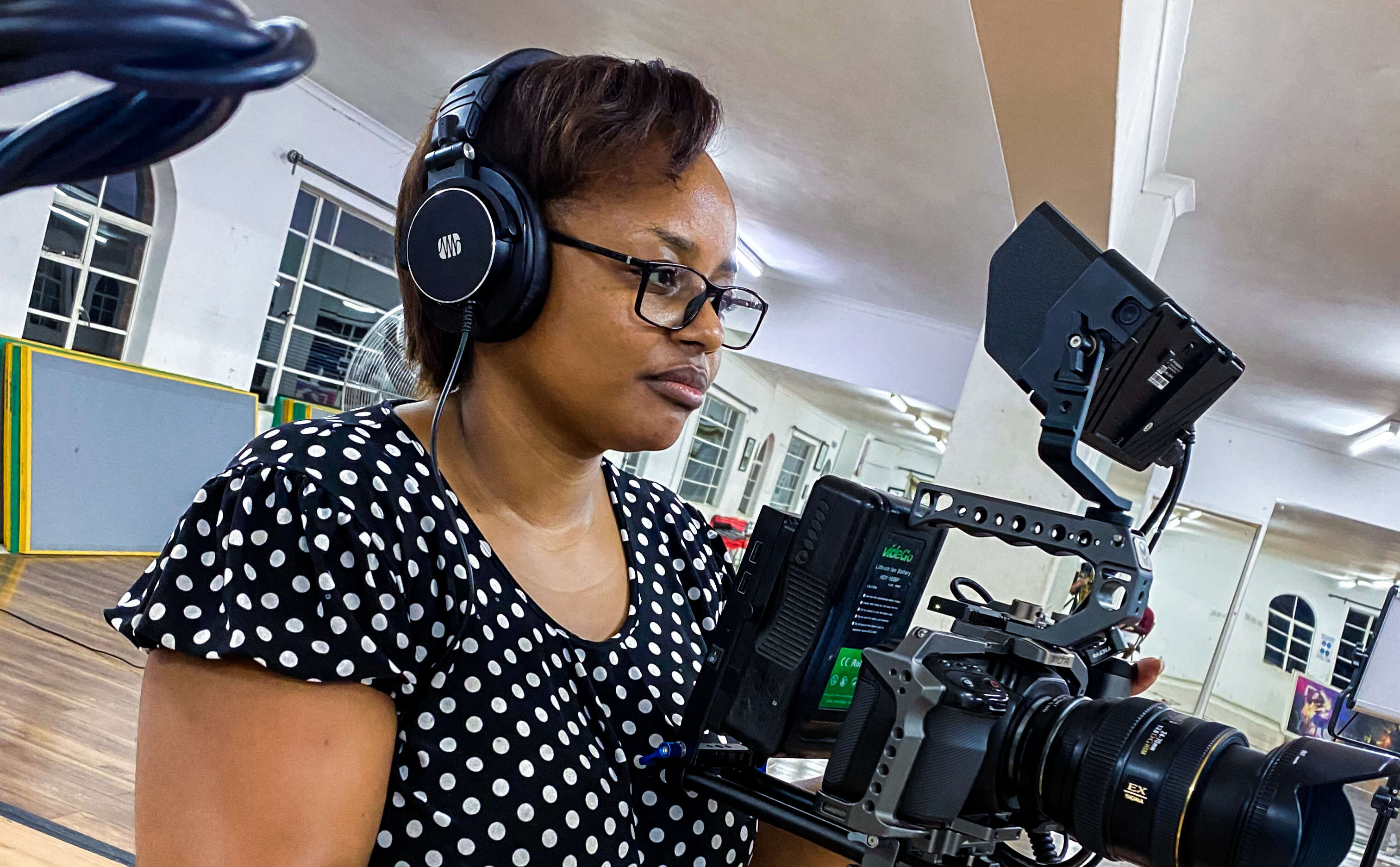 Music video production in Zimbabwe has predominantly been a male dominated area for some years and its exciting to see more women occupying the space. Award winning actress, voice over artist and producer Charlene Mangweni Furura presents Nyasha David’s Perfect Reasons which premieres on the 1st of February 2022.

Charlene has been in the film industry for 12 years, as a TV and theater actress (award winning), producer, script writer and voice over artist. The multi-talented event host and TV presenter has hosted a medical show on TV for 3 seasons, and a building show for 5 seasons, as well as being the resident DREAMSTAR talent search host for live events since 2016.

In addition to television she has been a news anchor with ZIFM stereo reading in Ndebele and English since 2015. In 2020 the amazing creative scripted the National Arts Merit Awards (NAMA) show and was also the live voice over artist for the show.

Her growing resume in film production includes production work on film and TV shows such Rujeko the movie, Chinoyi 7 and has been an assistant director for several top Music videos.

Perfect Reasons is a song I fell in love with instantly when I first heard it, in its early stages when Nyasha was still conceptualising. I connected with the message and what it stood for, which is, how LOVE is the ultimate.

My vision for the video, shot and edited by Tafadzwa Croft Furusa, explores the journey in a marriage through the eyes of a couple who have seen the good, the bad and the ugly and are considering divorce. Sadly, divorce is a huge part of our society these days, statistics are alarming, but what if we took time to think about what truly brought us together. It may seem like there are many “perfect reasons” why a couple can’t be together.

Directing this video meant pouring my emotions into telling this story through Nyasha David’s brilliant music and the acting prowess of Leilani Kalino and Tanatsa Chilundo (Wadiwa wepa moyo’s Irene).

Charlene acknowledges that for women in the media there have been many hurdles, especially navigating the technical spaces, and getting a seat at a table where you are disqualified before you can get to work. It takes time, investing in your craft.

Knowing my strength as a woman, to see things a different way is one of the reasons why projects such as PERFECT REASONS can tug at your heart strings. I’m learning that what you want won’t be handed to you but rather you may need to step away from the table and allow God to build a new one for you.

I love being a woman behind the camera because it makes them look twice, above all, it allows me to create a space that I’m proud to be a part of, telling stories from what others thought was a weakness, and turning that into true treasure.