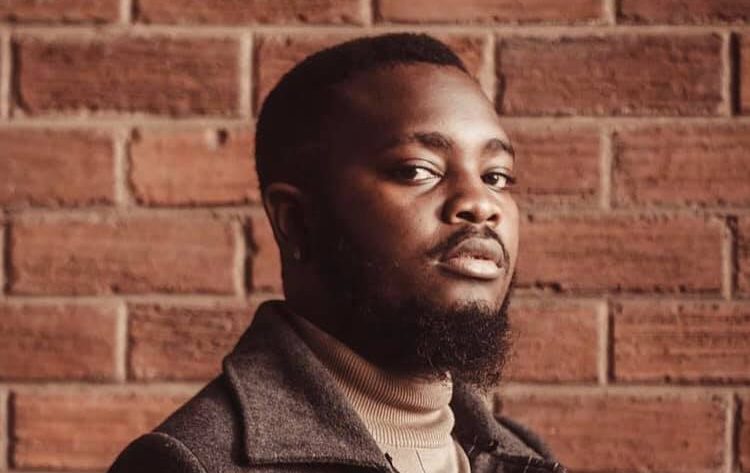 Just instantaneous when I heard the intro of the first song Early Early on Shebean Rap Papa Volume 1 by Dough Major i was somehow reminded of the intro of Kanye West On Sight from Infamous album Yezus from the blow you know this is a heavily experiment not to say they are similar.

I am just reminded because with Early, Early is a roller coaster ride from the beginning, you know it is a party, it gives you that it is about to be  long weekend vibe. No relaxing mid tempo, to set motion not it is just fireworks from the start which is beautiful just like one of my favorite movie transporting  A Scottish movie were the main character starts running and here a voice over being  wax poetic  saying chose life.

You know that feeling when you in a Kombi  and the driver is cutting other drivers crossing lanes you  want to complain but you realize damn, you are late at work ,so is everyone in the Kombi  and you actually are enjoying the adrenaline . Shebean Rap gives you that feeling you get when you tune on to the radio and listened to this such vibe of a song for the first time and in your mind you saying this crispy fresh song is going to be a banger the ultimate summer wave until the Dj announces it was released 2 years ago .

The Gem I have been repeating so hard is Haha. It has a high school war cry vibe  and the moment that stole the show for me is when Dough Major  “Ndendika sticker kunge Logo  zvinhu zvichirema masango matema sevanhu vekuTogo” guess what am doing ? Am just goggling Togo going to the images section on Google search results but it is too slow and I have to scroll to Whats app group for the mean time while the images are loading that is what the album feels like.

The joint feels like when you come through late entrance at a party and it is a vibe  you asking are you late ?you missed out ?and you just being told the vibe is starting now. The album gives you that feeling when Zesa has about two weeks without going and you wondering if the government is pranking you.

Shebeen rap embodies the story of that youth who just want a to open his Super (opaque beer) after a day of looking for metal scraps vachipusha ngoro  [pushing a cart] while ignoring his wife’s phone call.

It capitulates the UZ student who is exhausted with assignments , exhausted with exams ,side hustles and just want to spend the whole night in a bar . You don’t even have to be in the streets to feel it, you just have to have a vibe. Actually one of the most interesting themes it expresses the struggle we all face in Zimbabwe as youth despite class barriers.

In Zim we tend to think that only The Ghetto has a monopoly towards the struggle pain and suffering but little do we understand despite being a classist nation what binds us together is how we hustle together. Trust me when you pass by Joina City seeing a thrift shop you a seeing  a concoction of people with different backgrounds one I grew up in a cottage in Marlbrough and one grew up at a full house in Glen Nhora.

The King of Matebele Land Ulenni went In hard on the joint Edholobheni  this is a vibe I swear. Gumbo Panze gives us an urban groove moment is O’mell by anyways related to Sani Makhalima? And lastly the project resembles of that kid trying to download a zip folder on hot spot wifi whilst the folder is saying it is on 70 % and 2 hours left to finish and your phone switches of when the folder goes on 99%.

I applaud Dough Major for making a 24 track joint in this day and age were our attention spans are at an all time low.

Shebeen Rap is an up tempo vibe through out it carries the story we all have of trying our best to be happy despite our daily grind, trying to seek pleasures   in time we struggle to find decent love. You know just how in the streets you see vendors selling product right outside their wholesalers, you see a new 2021 Mercedes Benz model you see school uniform, you see money changers waiting for you at the bank , you see beggars ,you an see love birds , mobs chasing a thief . The streets are unstructured like that, Their humorously funny skits in the middle of the songs , whistles ad-libs ,classic African  samples  features of different genres and different languages are all  over despite that unstructured walls the streets still maintain the foundation of running being on the  grind and that is what Shebeen rap manage to master that sound we all feel in the streets.