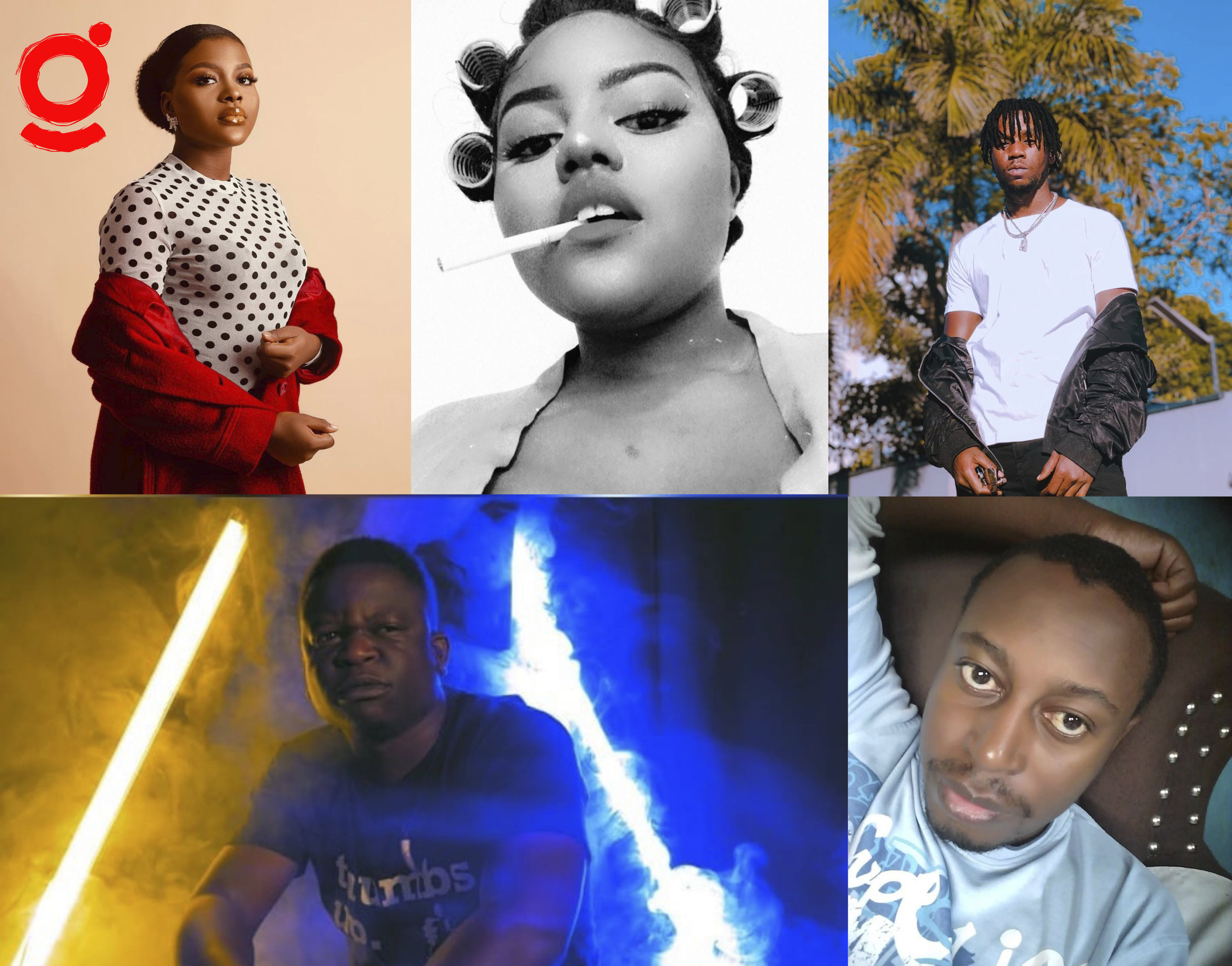 There is big shift taking place and its musical. The amount of quality new talent and material dropping is impressive. Something is about to happen and we are excited to be documenting it in real time. This week here is our five new voices to watch.

Wayne is still aiming to do way better in his career and surrounding his sphere of influence with voice from BLKSMITH RECORDS like JAE YOUNG. WAYNE F.O.G is one of the promising voices that will make waves across. With an ability to unpack a full bag of melodies and rhymes to his work. Early this year he released his single titled IKOKO, which has amazing vibe to it.

It’s only a matter before these new voices burst like a volcano. Looking at an independent artist ‘EDZA’ she makes music that serenades the ears to the core of your soul. On the 6th of may she released her debut single ‘WHO IS SHE’. She has a beautiful and powerful voice. EDZA is a perfectionist and she puts her energy and passion to her craft. Giving up doesn’t exist to her.

Wait Africa for 4 minutes, you definitely need to check out this producer and beat maker. SEAN BRIAN mostly focuses on Electric Dance music. SEAN embraces imperfection also utilising unmixed vocals, distorted drums and tape hiss for their particular and aesthetic beauty. SEAN  BRIAN  has all the hallmarks of what most recognise as high beat on his latest release JOURNEY. SEAN is a well-crafted and soothing rendition of a classic motion.

SUNMISOLA is an amazing vocalist with powerful melodies. The rest of the world should and must be ready for her. She recently released her single titled ‘AMAZING’. SUNMISOLA  has her own sweet vehicle uplifting sound. ‘AMAZING’ is has powerful chord that uplifts your soul. Nigeria is putting its nation on a more global platform.

We will take you a few years back to make you understand how TIDECH lays down his vernacular raps. In 2019 he dropped a 6 track masterpiece ’ EXTRA TiDECHious EP ’ which featured NEXUS. After you listen to his EP then move to a track he featured in 2020 by BOY TRICKY and DOUGH MAJOR, ‘HARARE GARDEN BLUES’. “I made a wish on beats, extra tidechious ika blower. Handisikuti ndinogona but imimi makubhowa, too much ma skrr skrr mowomera paku flower, zvekuimba izvi siyai endai motengesa manyowa. Ndine verse rakareba kupfura JAH PRAYZAH akadedemera”. The song writer, singer and rapper recently dropped a whole escalated vibe ‘ USANDITSVAGE ‘ which also features pioneers shebeen rap, DING;O and DOUGH MAJOR