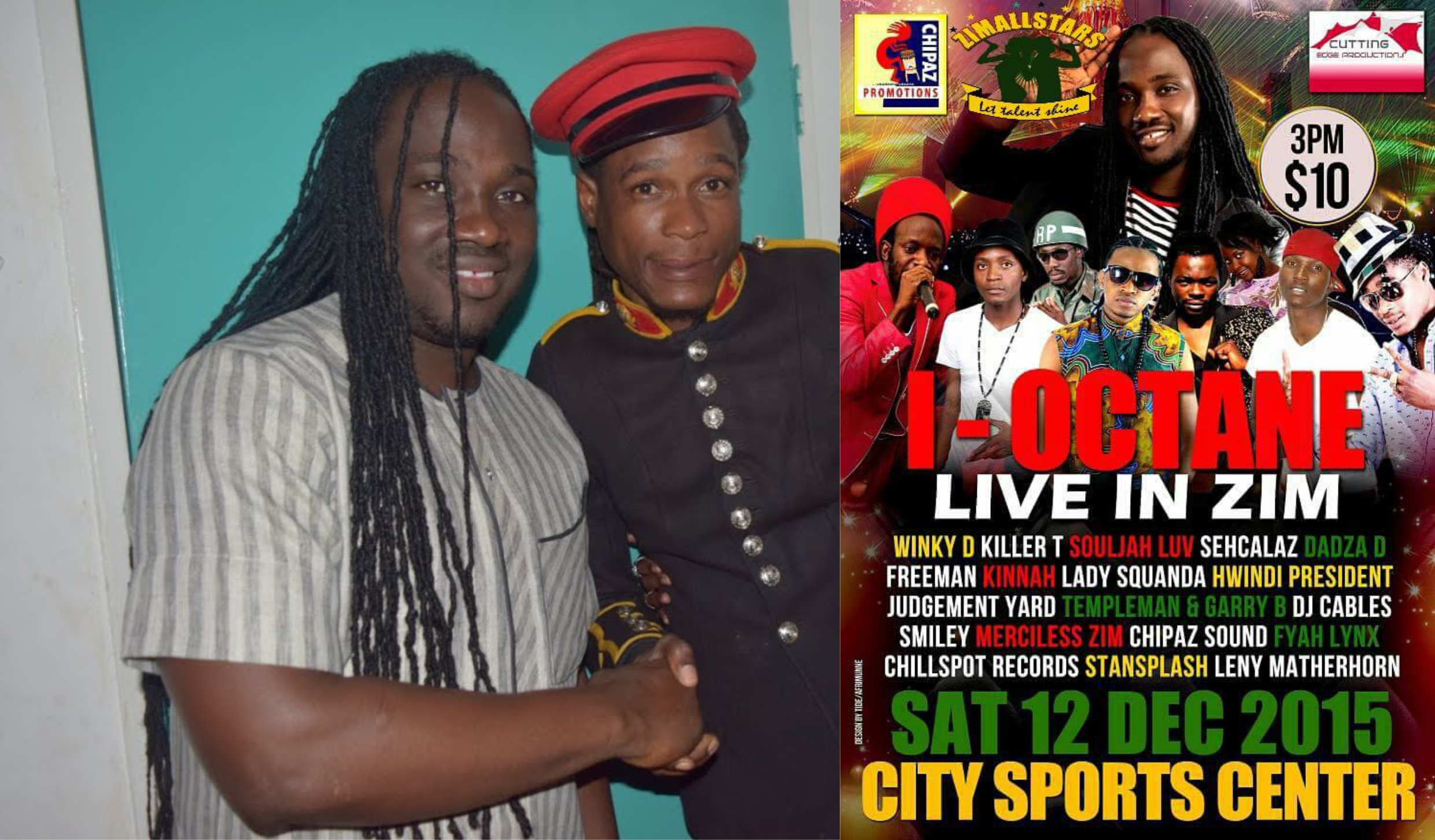 The passing on of music icon Souljah Love on the 16th of February 2021 has kept the streets and online media ablaze with tributes, conversations and sentiments on the artist. Conferred with provincial Hero status by the Zimbabwean government in honor, SoulJah Love is undeniably legendary. Interestingly there is one particular condolence message that has been the centre of debate. The message came from iOCTANE.

The international dancehall artist from Jamaica, iOctane (real name Byiome Muir) sent a condolence message to Zimbabwe and the artist’s family. The message posted on his official Instagram read:

Instantly the message attracted a reaction from hip hop artist STUNNER who felt that the message lacked sincerity.

His message which was widely interpreted as a condolence laced with a dis was in-fact well intended. Word from the artist’s camp secured by earGROUND indicates that the artist was shocked at the response by Zimbabweans who took to various social media platforms to blast the artist for disrespecting their star.

The text which was written in Patois narrated what happened on the 12th of December 2015 at the City Sports Center, Harare when the international Dancehall artist performed in Zimbabwe. The event which was promoted by Chipaz Promotions drew close to 20 000 in attendance had a long list of artists performing and Soul Jah Love was one. However according to some sources and to iOctane’s understanding there was an issue with Soul Jah Love’s slot and the Jamaican artist insisted on Chibaba getting a turn and he wowed.

Later last night iOCTANE took to his Instagram and explained his point saying he meant well. He took a swipe at fans and Zimbabweans who put his social media accounts under siege in protest which led him to delete the post. He also suggested that the media reporting from Zimbabwean media was not fair towards touring Jamaican artists as it created an undesired competitive agenda insinuating most of the artists were outshined by locals.

earGROUND spoke to the event promoter Partson Chimbodza the promoter behind Chipaz Promotions who said, ” To me, its about the thought of sending condolence messages which is more important. We value his thought. Most of the Jamaican artists we brought and promoted in Zimbabwe they are with us in solidarity”

Chipaz Promotions was one of the key drivers and promoters of ZimDancehall in Zimbabwe through the hosting of various events including the popular Passa Passas in Mbare, the Cup Clush at thecity Sports Centre, many international concerts.

On what transpired on the 12th of December 2015 at the iOCTANE concert Chipaz narrated saying, “I dont see anything wrong with the posts when i brought in I Octane the only artists the Jamaicans knew about was Winky D and little was known of Sauro (SoulJah Love) though he had a clue. As you know, most of our ZimDancehall events are characterised by some artists not coming on time or experiencing delays from our side as organisers and this tends to force all artists wanting to perform prime time. iOCTANE had not met Sauro and because it was his time and yet we had other artists who were to perform before him and my team were following the programme on who goes after iOCTANE.

There was some pushing and shoving (backstage) and to iOCTANE obviously seemed to him that people (referring to my security who were denying him (Souljah Love access) did not want him and when he was told its Souljah Love ” I had spoken to iOCTANE before the show at hotel he then said to security let him come on stage.

“Unfortunately it will now costs promoters more because when i brought in Luciano before he used a local band to perform and no one knew it except a few and he delivered a brilliant set wit the locals. Now no JAMAICAN artist will want to come to Zimbabwe without his full band. Imagine Busy Signal had a 12 member band and that is a lot of money on air tickets so we are shooting ourselves in the foot.”

These exchanges and collaborations with international artists from Jamaica are good for our local industry’s growth.

Top Jamaican music promoter Stampede has for years been working hard with other Zimbabwean promoters, artists and producers to bridge the gap between the Caribbean island and the Southern African country. Such efforts have seen a lot of ZimDancehall artists getting airplay in Jamaica.

Zanj Racc a broadcaster who runs Zanj Radio in Kingston is also playing a key role in Promoting Zimbabwean music in Jamaica through various shows dedicated to Zimbabwe.

The relationship between Zimbabwe and Jamaica has been strong since pre-independence which saw Bob Marley compose a song titled Zimbabwe which he later performed on the 17th of April in 1980 at Rufaro Stadium in Harare as the country gained self rule.

The cultural connection lives since then.