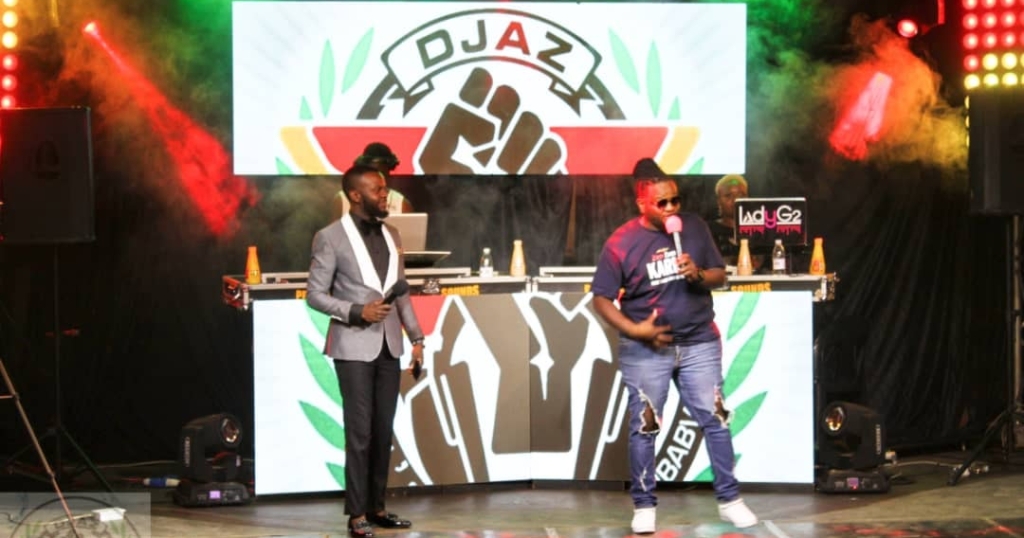 Its been a month since the Disc Jockeys Association of Zimbabwe (DJAZ) was launched in a 12 hour non stop pomp and fun national event. In a webinar this week Dr. Biggie Samwanda the Director in the Ministry of Youth, Sports, Arts and Recreation urged artists to organise themselves into clusters as a way of creating a critical mass and one voice to engage stakeholders.

Whilst other creative sectors have struggled for years to forge such unity and build effective unions, the wheel-spinners set determined.

I caught up with one of the DJ, a founding member of the association to get his thoughts on the new development and a reflection on the launch event.

Q: Still on objectives, what are some of the key issues / agendas that you are targeting to achieve?

A: Our goals as an association is to have.

a) A complete DJ, meaning we need to put modalities that will result in having a DJ who is well organised ,good etiquette, very professional ,and a DJ who is business minded, all these are part of our objectives.
b) Professionalism is our main emphasis.
c) To have fully equipped, protected, versatile djs that provide services that meet international standards.
d) We also want to utilise the expertise of our members to uplift the business of disc jockeys and entertainment presentation in the country.
e) We also want ,going forward, to be recognised as a profession and tonne able to have djing as a source of employment.
f) To have members who are able to stimulate the market place by creating positive public awareness and have projects that benefit our members and the community at large.

Association was also created to foster unity and working relationships among DJs and MCs in the country.

Dj Blaze added that the profession DJing has never been fully appreciated across the country and people tend to tag it with bad vices.

By forming this association we want to demystify that mindset and show people that Djing is actually a lucrative profession which one can embark on.
After noticing the absence of DJs in many national initiatives ,we decided to formalize and speak with once voice so that in the future we get considered for galas, awareness programs by Government.

“The launch event was very successful.We would have wanted to launch the association at a bigger venue with a capacity crowd but because of Covid 19, we had to do it virtually, DJs represented from all the country’s provinces”, said Dj Blaze.

Instead of having one annual event for DJs by DJs we a planning a 12 Cities Tour next year were the association will host gigs in stadia, then one final one in the Capital or Bulawayo that we intend from next year onwards to make it the Biggest highlight of December.

The association representative said they are happy with the feedback and response from the DJing community as 400 members comprising upcoming and seasoned DJs having registered to date.

Our hope is in the future to have all DJs in the country being part of this.

We have faced resistance from some sections of and from fellow established DJs. People may differ in their views but unity is strength and power.

Q: Turning to Covid_19, how much has it affected your work?
A: Covid has greatly greatly affected our work. DJs were caught unaware but the pandemic caught us the importance of unity.

Right now there is always talk of projects that sustain us as DJs rather than depending on club owners, projects like hosting our own functions as DJs , administered marketed, managed by us DJs

Q: What is your advise to the new crop of Djs?
A: My advise to a new DJ is that this is a rewarding career but things don’t come easy, stay focused, put in the work, don’t expect favors from anyone, and most importantly respect and learn from those before you.

Here are the names of the MCs and DJs who took part in the launch event on the 2nd of October 2020.

The event was made possible through support from various sponsors and partners.