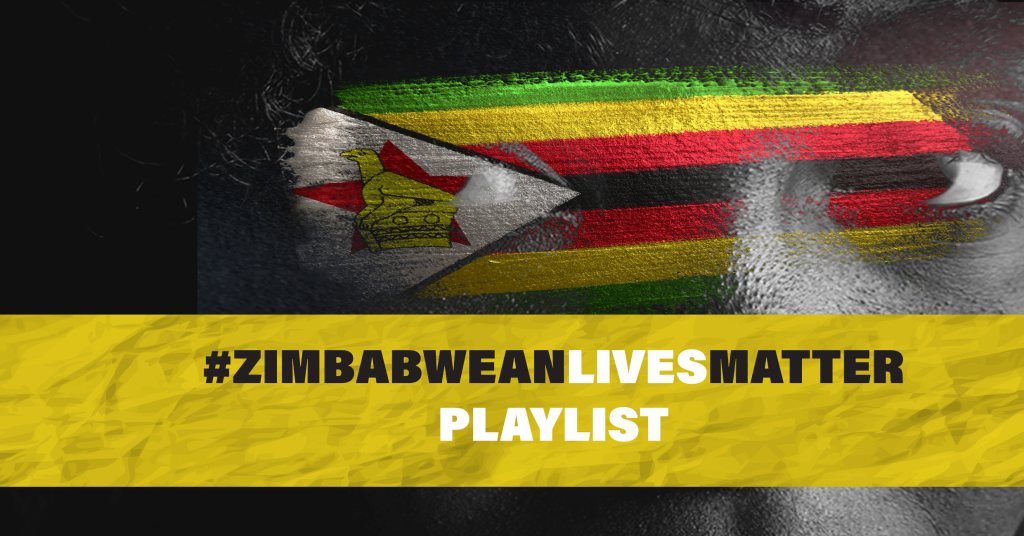 Nobody knows for certain what this will all mean in the annals of history, but there is something happening. Lest I bore you with details that you are overwhelmingly familiar with, here are fifteen urban songs to get your #ZimbabweanLivesMatter playlist started.

If I’ve said it once, I’ve said it a dozen: Maggikal has been underrated in the game. This track, off his 2017 offering, Long Journey, imagines a world in which, for a day, the haves in Zimbabwe switch places with the have-nots. The vivid imagery paints a stark picture of the continuously growing disparities in the country. This song is pointed, as it singles out government officials in its imaginary scenarios, including “VaChinamasa, vachifumiro forera basa” among others.

That the song came out months before the removal of Mugabe yet retains relevance today also shows how deep-rooted the rot is, and this brings me to the second entry.

“Now I’m hoping ED got the answers/
We cut off the head but how deep was the cancer?
Man I swear for my career, Imma vote for change
But I know I’ll still be rapping if it stays the same”

From a track that came out months before coup-not-a-coup (CNAC) to one that came out months after, Asaph could not have been more explicit in articulating the lingering uncertainty that seeped in after the Euphoria of November/December 2017. Most jarring is the resignation to the fact that the vote probably won’t bring about the change hoped for: party, delivery, or otherwise.

(Also, the song is an incredible remix of a Tory Lanez song. I wonder if the Canadian artist has heard it? He’d be impressed.)

If you know me, you already know this is one of my favorite songs of the past few years. The tune, evoking the maternal spirit of Nehanda much in the same way that Solomon Mutswairo did with “Nehanda Nyakasikana” during the colonial era, screams out to the spiritual realm for respite. Released a few months after the ill-fated 2018 elections, the song betrays the seeping feeling of entrapment in an endless cycle of poverty.

“Because of greed, they abuse their positions of power/

When they meeting in the towers only mission’s to devour”

Taking it a few years back to the high tide of #ThisFlag, this track is bananas, and it’s frankly an injustice that it didn’t catch on as it could have. (I notice the song-complete with lyric video isn’t on YouTube either, for some reason.) The hip-hop song, laced over Fab’s “Breathe” beat not only indicts the current system of corruption and injustice, but situates it within a long tradition of slavery and colonialism that have deemed the lives of the Black masses inconsequential. Just that this time, it’s tough when your supposed liberators are the ones telling you that your lives don’t matter.

Zvimwe ramba, inga tese tiri maroja.”
Chamakuvangu was not having it.

In January 2019, folks in Harare took to the streets to protest the recent fuel increases, which meant the country now had the most expensive gas prices in the world! True to form, the armed forces came out swinging and beat the city to a pulp, killing at least 12 people in the process. This was accompanied by an internet blockade, which only inflamed the tensions.

Out of this tear-gas induced, blood-tainted, smoke came this brazen track from Tocky Vibes. His declaration that he had lost all respect for the soldiers was not only telling of the moment, but especially juxtaposed with the amount of love the troops had been receiving in the aftermath of Mugabe’s removal. Never before have I seen so much goodwill squandered so quickly!

While April 2016 saw the introduction of the #ThisFlag hashtag by way of the poem that bore the name, the current wave of frustration had been rumbling before then. In February 2016, Rapper Jnr Brown dropped what many insert in the conversation about greatest Zim hip hop songs.

The lyric above encapsulated the frustrations that the Zimbabwean masses continue to hold towards rampant governmental corruption that manifests itself prominently in a patronage system that richly rewards cronies. The invocation of Tongogara, a Chimurenga leader whose legend has grown to be one of virtue in contrast to the postcolonial leadership (and long suspected to be an early casualty of the would-be regime), amplifies the pain of “what-may-have-been”

When young Tight stepped up to remix arguably the most iconic Black empowerment song in the country’s history, he had his work cut out. To his credit, he…he did his thing.

Also dropping during the 2019 fuel protests, the song is a contemporary take on resistance in which the villain is unequivocally the current law enforcers and their bosses, the song resurrects the essence of Chimurenga Music for this moment.

When I first heard that humorist Taffy theMan had done a Shona rendition of Notch’s Nuttin’ No Go So (#BuyOutRiddim), I thought it would be clownish. It was not.  Although not devoid of Taffy’s signature silliness in parts, it is a solid lyrical rebuke of the Mnangagwa administration in the aftermath of the election. One of the more memorable lines from the song is “hatina kumboramba kuti chinhu chenyu, but uyu hupenyu hwedu, musatidaro ED.” (“we don’t deny that this ‘thing’ is your thing, but these our lives, please don’t do this to us ED.”) The desperation in pleading for the president to keep the county and its reins if please him, but to at least look out for the people, is palpable.

In the middle of this archetypal hip-hop flex song, the boy Peels puts a dollar figure to the mess. Admittedly being away from home for eons at a time, I had to run through that math a few times to make sense of that fuel cost. Those are astronomic figures even by middle-income economy standards.

Perhaps the least overtly political song on this list, the YardBwoy hits at the fundamental hypocrisy of post-colonial Zimbabwe: Merely 40 years removed from Rhodesian rule, there is a generation of adults now who have never known a ‘good Zimbabwe.’ Think about that. People in their early 20s were born into the rot. What are the ways the people are free?

“I work, you steal/I hustle, you beat
I just wanna look after my family, is that too much to ask?
I cry, you laugh/I fall, you rise…”

You know it’s on another level when the OG urban groover, far more renowned for his love serenades than political commentary, Mr. Makhalima chimes in with this uncompromising song. Heck, the video is footage of police and military brutality in the Mnangagwa years.

It’s powerful, and if you need the revolution crooned to you (as opposed to chanted or rapped), consider giving the smooth stylings of Sanii a listen.

I could have picked from a myriad of Gaffa’s works here: Gaffa muParliament, Kasong Kejecha, Ijipita. I, however, do not think there is a better song to articulate the trauma of a lost generation than 25. It’s the Gaffa in vintage form, as he establishes a timeline of his own life, with innocence and hopes of a brighter future depleting with each passing phase.

The viby Oskid instrumentation and witty lyrics can only ill-conceal the very solemn tale being told here.

“ED Says you can’t move forward watching the rear view/
But please dude, we’re back to money changers and fuel queues/
Now the same troops that had them kids on the tanks/
Turned Harare streets into the streets of Iraq.”

Turns out he is also a good rapper. Great, in fact.

A week and a half before the CNAC, Sunna released Expect Us, a rage-filled anthem for a generation rising to reclaim its country from the debauched grasp of its leaders. That was then; November 2017.

The follow-up track, Expect Nothing, from December of the following year, is devoid of all the hopeful rage. Begotten Sun bemoans the loss of his first love, the torture at the hands of government operative, the desertion by trusted allies; all for change that never came. And to show the inescapability of it all, he recalls how opposition leader Chamisa called protesters ‘stupid’ in the aftermath of their post-election slaughter in August 2018.

Such has the space done to its brightest.

I’ll close the list out with this tough, albeit less confrontational, tune. Dropped in the epicenter of the #ZimbabweanLivesMatter, what on the surface looks to be a song from a loved one asking “uri sei?” and “are you safe” has turned into a defacto-check in call for each other.

Saka muri sei? Are you safe?

We’ll continue to curate this playlist; let us know what songs you’d like to see added!