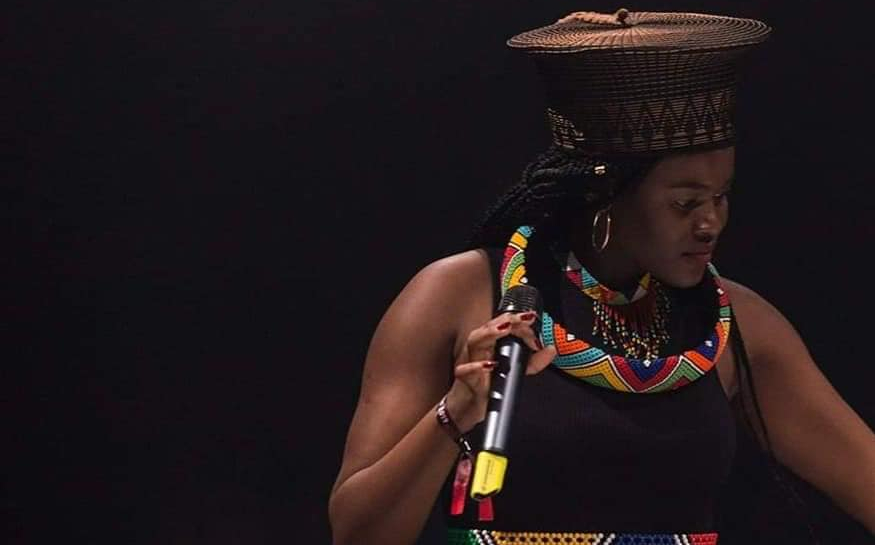 True to the adage “Prophets & in this case Queens are not celebrated in their own homeland” Awakhiwe Sibanda is shining 12 000km away from home, making history and breaking records in the process.

AWA short for “African Women Arise” perfectly defines the fast paced, sharp-edged MC who prefers to wax lyrically in her vernacular Ndebele language. A defiant young woman who defied her Makokoba & Nkayi upbringing, stereotyping and the struggles associated with being a female rap artist.

Having toured UK, Germany, Australia, Switzerland, France amongst many other countries, the high-flying award-winning Zimbabwean hip hop artist remains grounded to her roots as she carries her traditional Ndebele garb to every stage she graces. The German-based, Awa is an inspiration to African women and a generation faced with domestic violence, teenage pregnancy, rape, prostitution.

After a while without dropping new music, the Hip Hop Queen took to Twitter last week and dropped a 59 seconds freestyle snippet of her forthcoming single reaching 190K views 3 days.

Hey guys🙋🏾‍♀️ My name is Awa Khiwe. l am a rapper from Nkayi, Zimbabwe🇿🇼. I am dropping this song soon, please RT if you like it 🙏🏽#newmusicontheway pic.twitter.com/WljMKnN5Le

The video clip has created so much buzz across the music scene in Zimbabwe and within the diaspora setting a new record that possibly no other artist in the country has reached.

In 2015, AWA had a documentary done by Vice Media’s Noisey who interviewed and followed her through her first performance at Shoko Festival.

Awa’s voice continues to grow louder at a time when some female activists in Zimbabwe were recently arrested for protesting against endemic corruption, injustices and the deteriorating economy in the country. Some of the arrested include internationally acclaimed author and filmmaker Tsitsi Dangarembga.

Awa has also in the past been a victim of such a clampdown on voices of dissent. In July of 2016 AWA was arrested for participating in a ThisFlag Movement protest at Makokoba an experience she described in one interview as “a terrifying experience”.

Awa continues to speak boldly through her music, inspiring a nation going through a dark time to dream.

From Sha Sha, Tsitsi Dangarembga to Awa, the women are breaking new ground!

Until next time, the plot thickens…