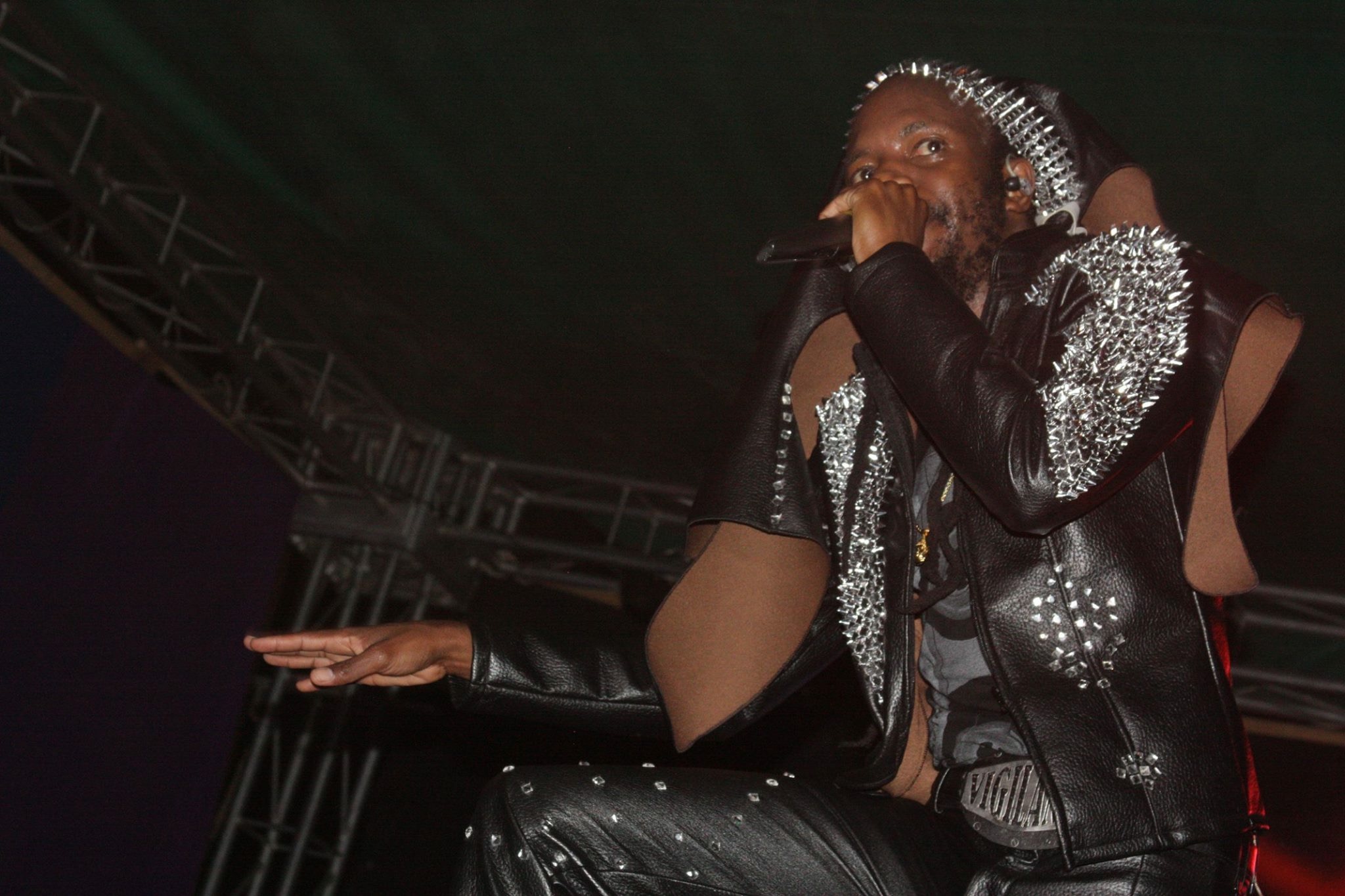 Let it go on record that no other cultural movement has been both definitive and reflective of 21st century urban Zimbabwean life than mangoma. Since earnest inception in the mid 2000s, it has been defiant, irreverent, passionate, and philosophical.Indeed, I would argue that even the unsavory elements within the genre that rouse the scorn of many a lay pundit are worth their place within our societal discourse, as they often hold up an ugly mirror on society. Today, I’m here to focus overwhelmingly on the former.

A keen student at the school of ZimDancehall, here are ten poignant life lessons and affirmations the genre has offered up in its short existence. In the interest of parity, I have kept it to one per artist (you could do a top 10-and then some- of life lessons from Winky D alone, for example!) Also, I have sought to vary the lessons as much as possible: so where a particular topic has been dealt with by several artists, I’ve picked my favorite incarnation of the bunch for this list. Leave your lessons and songs in the comments section.

1.The Recognition of One’s Undisputable Self-Worth

(When I wake up each morning
I stare at myself in the mirror,
There is no better me.)

I stand corrected in my historicizing of the Zimbabwean musical landscape, but the theme of triumphant self-affirmation appears to be a product of 21st century productions in general, and the urban genres in particular. Yes, the 90s had songs such as Zhakata’s Aita Chake (Hombarume) that tethered on the subject, but were more focused on confronting how communities view individuals rather than how the individual views the individual.

It wasn’t until, perhaps, Urban Zimbabwe hit rock bottom (2008?), that there was a surge in the defiant, resilient, self-dependent narrative, that we see in Alexio’s “‘Shaina’, Chibaba’s “Ndini Uya Uya”, and Lady Squanda’s “Ndinovhaira.” While either of the latter two could have made this list, Winky D’s opening lines to the lead single of his latest album are simply poetic. Regardless of what I did yesterday or what today has in store for me; in spite of what I have not and what my neighbor has; I start each day by reminding myself that there is no better me than me out there, and that’s as much a thing to have as any!

Such is the profundity we have grown to expect of the Gaffa in recent years.

When you are loved, you feel it yourself.)

Killer T, at his best, occupies the seat of the people’s philosopher vacated by the likes of John Chibadura before him. There is a reason why Chairman can do no wrong in the eyes of many a ghetto yut. He doesn’t just get it: he is it.

The lesson embedded in this lyric is so plain, one may think it was not even worth mentioning. Yet we don’t heed it. We just don’t. Pafeya, this would save us so much heartbreak, exploitation, and downright abuse.

Quite possibly the most underrated artist in the game (and definitely on this list), Maggikal’s 2017 album, Long Journey was one of the finest ZimDancehall albums of that season. While Mari was the standout track and ‘Mumanet’ is the intended party anthem, I resonated most intimately with the introspective ‘Dhimoni.’ In the song, Maggi confronts his personal demons in a manner frankly rare in the industry. The quoted line here, pointing to how we are prone to sacrifice love and relationships just to be right in conflict, is one of the many within this powerful track.

4. Your Path is Distinctly Yours.

“We come from different places,

Were raised by different people…”

A career-defining single on the genre-defining Bodyslam riddim, ‘Kwatinobva’ is a reminder to not bemoan our struggle by contrasting it with that of our neighbors. We know not the intricacies of their own upbringing, life situation and, most importantly, the inner workings of their hearts and minds. Just focus on running your race.

Let her brag and declare that I’ve never been beaten”

That we still have to explain this is absurd. In an era where conversations around gender equality are commonplace, where counselling is literally one click away, and when-should it come to it- leaving a partner is becoming more acceptable, nobody should ever be resorting to beating their wives. (Or husbands, for that matter.)

Bazooka’s mic finesse has gone a little under the radar in part due to the astronomical rise of friend and former stablemate, Enzo Ishall, at the same time he was cutting his teeth. He has developed his own devout fan base though, and it was gratifying to see this song take home the “Best Social Song” award at the ZimDancehall Awards earlier this year.

6. Relish in your Successes

Because I feast on what I’ve shed sweat and tears for.”

Humility is a virtue, and of that fact there can be no contesting. Like too much of anything, however, it can also be detrimental. If you are a young person- from the Ghetto- who has been able to carve out a living for themselves in 21st century Zimbabwe, and do so in a virtually non-existent entertainment industry, aiwa sando dzako. Take some to pat yourself on the back every now and then: it’s what keeps us going, and may yet inspire others.

“I never get to say that today is better,

Each day, my life is under pressure

Suffering and sadness seem to go together

So if you ever see me smiling, it’s all just a cover.”

One of the least known songs on this list, this sleeper track off the HKD Boss’s 2017 album Top Striker hits a particularly personal note with me. In communities the world over, two detrimental traditions still hold: men are not allowed to show weakness, and mental health is hardly something to be discussed. With the generally low socio-economic standing of the majority of people in Zimbabwe, it is easy to assume that someone who carries themselves a certain way and is able to throw on finer threads is, for all intents and purposes, thriving and content.

That is very often the case. Often we wear a smile on our face to keep up appearances, hiding the very hell that sits beneath the surface. So be kind. Reach out even to (and perhaps especially to) your friends and family who are ‘assumed’ to be doing well; they need it more than you know.

8. When They Say you’re not Worthy, Go For it Anyway.

“I snatch the bones from them, as small as I may be,
You’ll find me standing in the midst of giants”

Greatest ZimDancehall song of all time? Definitely in the conversation. And a Zimdancehall list just wouldn’t be a list without Chibabababa making an appearance. So he does.

Besides entrenching the phrase ‘pamamonya ipapo’ firmly into the national lexicon, the song became an anthem for the oft-marginalized in our society. See, Zimbabwe is a fundamentally stratified society, in which the rich and the not-so-rich occupy drastically different spaces and possess drastically different power. Simply put, the system has been set up such that the Ghetto Yuts can’t dine with the Bigwigs. And in utter defiance of that precedent, here comes Jah Luv, declaring to not only be found in their midst, but to be having his way with their dishes while he’s at it! If that doesn’t get you amped to go for it, I don’t know what will!

9. If the investments are not yielding dividends, count your losses and move on.

“If it’s not paying off, leave it,

Throw it away, delete it, clear!”

Arguably the most recent artist to successfully flirt with top tier status in the genre, Enzo has crafted his music along two broad lines: the dance anthems a la Kanjiva and Magate; and the often humorous yet insightful ghetto story garnished with a defining moral of the story, as, seen in Vanodheerera and Next Time.

It is within the latter that Uri Kutsvireiko falls, albeit with a more profound message. The song was not only poignant in its lyricism, but in the autobiographical details that surrounded it. After a blistering rise to prominence in 2018, Enzo had a hot-and-cold 2019, hitting rock bottom with the release of the Highest Score video, with the public blaming the musical shift on his much publicised alliance with Prophet Passion Java. As such, when he split from the charismatic man of the cloth and ventured under new management in 2020, the song was meant to represent both the divorce from Java’s grip and his artistic renaissance.

Thematically, the song lays out how we often hold on to business, relationships, and other initiatives for the simple reason that we have already started on them, even when we realize they’re not paying off or are just downright toxic. The song evokes the economic principle of sunk costs: implores us to step back, do a cost-benefit analysis and, regardless of how much you’ve invested in a zhet, let it go if it’s not profitable.

I heard that. Now I’m going back to listen to it.

“If hunger kills, let me die,

Do not feed me, it is not yet time to feast!”

The quintessential resilience anthem. Tocky Vibes is an old soul in a young man’s game. Sekuru pavana. Although he has never recaptured the brightness of his 2014 star- his breakout year- he has consistently dropped quality music and has made a name as a consummate performer.

Usakande Mapfumo Pasi is from that legendary 2014 year, and also sits on the Bodyslam Riddim. Every line within it is laden with militant resolve. The quoted lines here essentially spell out an uncompromising “go big or go home” stance that mirrors such revolutionary declarations as Fiddy’s “Get rich or Die Trying” mantra.

A much explored trope in the genre (see Seh Calaz’s Tichazviitawo, Freeman’s Vhura Mukova, and Freeman and Shinso’s Mira Semukono), there is something to be said for Tocky making this assertion as he arrived on the scene, and we have been singing along in unified resistance with the man.

I could make another list on the same subject, and then another one, and perhaps yet another. Such is the underappreciated profundity emanating from the ZimDancehall fraternity. If ever you have a moment, and decide to listen beyond the sensationalized and viral clutter, you may yet pick up some wisdom that endures.

What life lessons have you picked up from Mangoma? Comment below.