In what is proving to be a perennial theme, pundits of varying notoriety and platforms are again predicting the imminent demise of the ZimDancehall genre; whether it is the alarming lamentations of the recent ZimDancehall Awards’ mediocrity or the cynical lambasting of the genre in general and Winky D in particular by the Sunday Mail’s “The Hedonist”.

Heck, even our very boss here has been ringing the doomsday bell for years now. Amidst the myriad of critiques leveled against the genre, the most recurrent has been the fear that ZimDancehall will go the way of Urban Grooves and “die out.” In the first of this two-part series, I will discuss why Urban Grooves died (or didn’t die!), before I return next week to explain why ZimDancehall is unlikely to go down the same route. 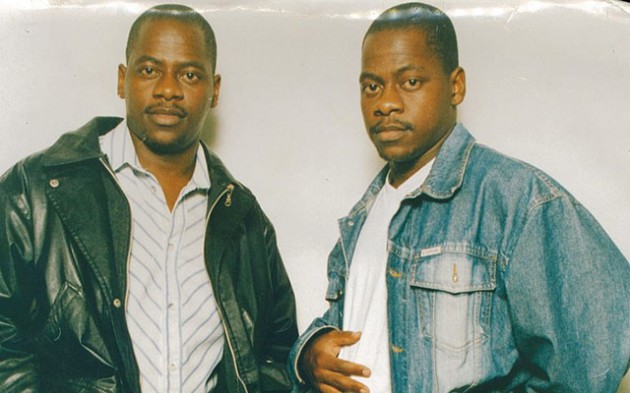 For those among us who are bonafide millennials, and particularly those among us on the earlier end of that spectrum (say, born in the 80s), your teen and early adult years were inundated with the mostly hip-hop, R’n’B, and dancehall-infused musical stylings emanating from the urban youth of Zimbabwe. While the country’s musicians were no strangers to blending vernacular flavors with westernized urban influences—with the likes of disco, rap, and most notably reggae working its way onto the airwaves— the fascination with these sounds appeared to be growing exponentially towards the turn of the 20th century. The likes of Innocent Utsiwegota and his accompanying cast of Major E and Potato, Shingirayi “Mau Mau”, Matonto (to name a few) were topping charts or making pretenses at doing so from 1995 onwards.

I would argue that, for me and many others, the critical turning point was the 1999 release of Shamiso Various Artists’ The Future album. 13-year-old me had never heard such. From David Chifunyise’s “Tauya Naye” to King Pinn’s “Inauguration”, from Guess’s “Amai” to Iyanai’s “Bopela”, you couldn’t (and, for the most part) tell me anything about that project! I loved it. Simply did. The album would not only go on to birth some of the most influential stars in urban music including the aforementioned Chifunyise and Alexio Kawara; it would be the first on many compilation albums—a definitive trope of the Urban Grooves moment. These included the much-beloved Chamhembe and  Chigutiro series, among others. 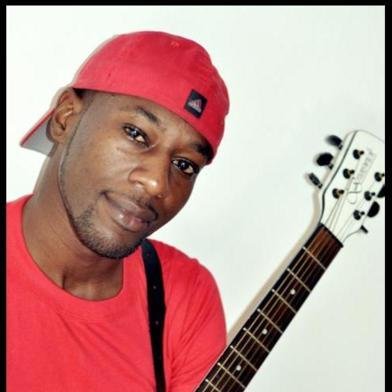 The success of Urban Grooves was, in large part, buoyed by the 75% Local Content policy introduced by then-minister of information Jonathan Moyo, in large part to try and capture the attention of the Urban youth who were increasingly drawn to opposition politics.

Incidentally, then, many prominent Urban Groovers became part of the ruling party’s propaganda machinery, particularly during the Hondo Yeminda era. Not only did this open up urban airwaves historically dominated by Western music, it also allied many of the artists with different government initiatives, thereby catapulting them into perpetual rotation. Yet, by the end of the decade, the ‘genre’ that was Urban Grooves had gone the way of the Zim dollar. Many of its prime practitioners (Chifunyise, Plaxedes Wenyika, Innocent Utsiwegota, Roy & Royce) had faded into obscurity in what many had assumed would be their prime. The proudly-proclaiming ‘urban groover; of yesteryear was no more. 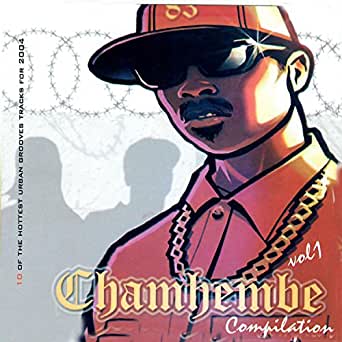 So where did the Grooves go?

Most colloquially, Urban Grooves tends to be considered a genre. It is this reference that is the basis of its comparison to ZimDancehall and its differentiation from Sungura and other genres that preceded it. A generic definition defines genre as “a category of artistic composition, as in music or literature, characterized by similarities in form, style, or subject matter.” When considered along with this definition, then, it is easy to see how Sungura constitutes a genre; there are content and sonic tropes that are near-universal across its many different artists. Indeed, even bigger and more diverse genres such as hip-hop contain these similarities, albeit often with innumerable sub-genres. The term “Urban Grooves” thus served to tell us more about what the music was not, as opposed to what it actually was.

Urban Grooves could hardly be characterized as a genre. Indeed, it drew on urban themes which may account for the similarity in the subject matter. One may even argue that, due to there being very few producers and studios of note specializing in Urban Grooves during its peak, much of it was even sonically similar. But a genre it was not. If anything, it was a catch-all term for the disparate music forms emanating at the time that were based in urban communities and differentiated themselves from what had come before.

There is, however, no rational argument that would posit Betty Makaya, Uncle Jahunda, Xtra Large and Major Playaz in the same genre. The idea of a ‘catch-all’ genre was unsustainable and was always bound to unravel once the novelty wore off. Indeed, as a society recognized the existence and, dare I say, the prevalence of this new cultural wave defined by urban music, the cultural practitioners themselves (artists and producers) began to shy away from the term ‘urban grooves’ to define their sound. The genre that never was began to die.

But what about the sound? If the genre had been unsustainable, what about its sound(s)? Well, that may be an easier query to answer: the sound of Urban Grooves never died: its various incarnations merely distinguished themselves one from another and evolved accordingly. The sound of Urban Grooves would go on to be Zim Hip Hop. It went on to be RnB. Perhaps most famously, it went on to become ZimDancehall.

It would be ahistorical to look at contemporary superstars in these genres (yes, now we can say it) without drawing a trajectory that stems from the Urban Grooves era. There is no doubt that the likes of Ti Gonzi have built on the very foundation that Maskiri et al laid. Pundits, artists, and casual fans alike were quick to trace the road traveled by ZimDancehall when, last year, Chillspot Records head honcho Fantan claimed that the stable had pioneered ZimDancehall. That line of the conversation went on to invoke such pre-Urban Grooves chanters such as Major E and Potatoe, but also the likes of Uncle Jahunda,  Bootkin Klan, Yombre Man and others that came up during the Urban Grooves era. To view the birth of the electric locomotive purely as the demise of the steam engine is to disingenuously disregard the indispensability of the latter to the former.

Lest you find these continuities to be contrived, the endurance of the sounds is best represented by the longevity and resurgence of many of its stars. ExQ, Winky D and Stunner began carving out a niche for themselves during the Urban Grooves era and have arguably been bigger stars in the decade that the term has been out of vogue. Roki, Nox, Alexio, Trevor Dongo, Sanii Makhalima are just a few of the several others who cut their teeth as groovers yet command the respect of both their peers and fans to this day. While the unsustainable notion of an urban grooves ‘genre’ rightfully fell by the wayside, its sounds only matured and became the bedrock of contemporary Zimbabwean music.

What has often been mistakenly been lamented as either the death of the genre (that never was) or the death of the sound (which continue to thrive) is, I would argue, the death of the Urban Grooves movement. Movements, unlike genres or sounds, are almost always a product of their time; and are a means to an end.

The rise of Urban Grooves coincided with key environmental factors. The foreign genres that informed Urban Grooves (R&B, Hip Hop, Kwaito, Ragga et al) had been growing increasingly popular throughout the 90s. A shifting socio-political landscape led, one one hand, to the aforementioned opening of the airwaves and, on the other, the rise of an irreverent urban youth culture that was a departure from yesteryear values—be they political, sonic, or aesthetic. In addition to all that, the advent of the new millennium brought with it an intrinsic sense of adventure and experimentation across the globe; Urban Zimbabwe included.

By the end of the decade, the moment that had created Urban Grooves had passed. The Hondo Yeminda political phase had run its course and, with the opposition MDC virtually uncontested in popularity in urban areas by then, the government had to contend more with censorship of urban content than before.

As the economy continued to tighten during the 2000s, some of the more prominent names in the game sought opportunities elsewhere, whether by leaving the country or by choosing alternate professions. uncurtailed piracy, driven in large part by increasing internet access, made the already ruthless industry even less profitable. As with many things in early 21st century Zimbabwe, the movement, as we knew it, died a natural death circa 2008. For those who stuck around, the novelty of the purported genre was replaced by an elaborate attempt by artists and culture creators to accurately brand their sound.

Yet, like the mythical phoenix, it was from the very rubble of the urban grooves movement that the genre that would go on to define the Zimbabwean urban landscape in the 2010s would arise.

(Join me in a couple of weeks as we discuss the ways in which ZimDancehall has traversed a journey rather dissimilar to that of Urban Grooves, and how that may well be why the genre will endure far beyond the grooves’ longevity.)

CALLING ON ALL ARTISTS, MUSICIANS, DESIGNERS, and CREATIVES:

Fill in the survey: https://forms.gle/GhJa7QGTVVbeSJ7i8 for individuals or go to www.andani.africa to add your info to the online map. #creativeZWunlocked

CALLING ON ALL CREATIVE BUSINESSES: