On the 29th of February 2020, new organisers of the National Arts Merit Awards (NAMA), Jacaranda Culture and Media Corporation (JCMC) produced a second-to-none awards ceremony to honor men, women, and corporates who excelled in arts in 2019. The NAMAs were a huge relief to an industry that has slowly degenerated into a sorry state. Before I delve deeper into the business of this article, allow me to plead with NAMA organisers for a shift in mindset.

It is common knowledge that most of the nominees were beautifully dressed by various local sponsors. That was a brilliant start…. But those are imported brands. I will leave NAMA organisers thinking seriously about how local designers can play a dominant role in the next edition perhaps without sideswiping our sponsors. Let me dive straight into the other issues.

That we have myriad issues to fix in our arts sector is public knowledge. This article will focus on one of the largest sectors of the arts industry-music. The aim of this contribution is to highlight areas of further engagement especially given the fact that the operating environment has morphed rapidly in the past two decades. Change is constant. It calls for a corresponding and at times painful refreshment and realignment of strategy. I also suggest that voices in the music industry be integrated to seamlessly communicate issues affecting musicians. Did anyone highlight anything to the minister using the NAMA podium? Did anyone mention piracy or it’s a long-lost battle now? Oh ok, how about conversations around what I will term “white-collar piracy” where people now upload music from late and living legends online for monetization purposes? 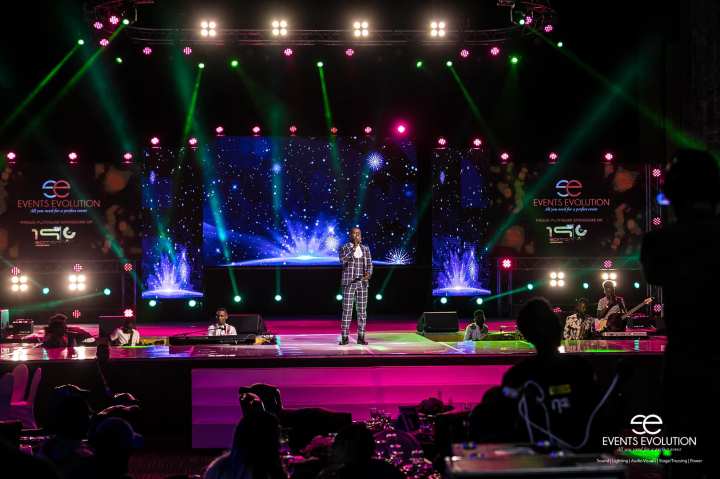 In 2017, through an article written by Plot Mhako, I argued that there was an urgent need to rebuild the music industry. I submitted that the state of our music industry in its current structure, form, scope, context, and infrastructure was itself a hard-had area that does not provide a conducive environment for success both for musicians and other value chain players. Coupled with bureaucratic inertia on the part of institutions charged with its welfare, one cannot imagine what could become of our artists in 2030.
First, there is a dearth of industrywide convergence over what constitutes the music industry, how modern revenue streams flow and how best these can be optimized for the benefit of players sustainably. This makes it urgent and critical for interested parties to begin to explore ways through which interactions and engagements can begin. The Zimdancehall and Zim Hip-Hop summits were significant platforms to engage in these matters. A more recent practical approach was when Earground led the Zimdancehall origins debate as well as the demise of Urban Grooves conversations. These kinds of accounts and discourses were critical as they captured views of musicians and producers.
Second, there is a need for a comprehensive assessment or audit of current infrastructure. Is the existing supply chain or entire distribution network still relevant in 2020? What are some of our colleagues doing in other countries? What is the role of corporates or brands in the music industry? Are we optimizing this role? Can we begin to expand this to go beyond episodic support to longer-term commitments like advocating for medical aid and funeral cover for all artists? Can we begin to talk about loans for musical equipment? Can we begin to talk of tangible support?

Third, musicians are entrepreneurs, some are employees and others are businesspersons. They sweat for their earnings. As entrepreneurs, they invest time, money, and expertise in their work. As employees, they work for band leaders as dancers, sound engineers and so on. As businesspersons, they are in it for a return. Yea a return. As such we need to inculcate a culture of both professionalism and respect for music, the same way we do with every business. This requires acres of space to elaborate on and can be a subject for another day.

Fourth, music in Zimbabwe has no sustainable structures to support and sustain new talent. We welcome new talent but, in most cases, talent wilts away. This is largely because of a lack of knowledge of the industry itself. The general conclusion is that apera “their career is over”. But that’s another debate for another day.

Producer and radio personality Delani Makhalima a few hours ago gave a detailed account of what transpired years ago at Shamiso Entertainment. He touched on an issue most artists remember when they feel exploited – contracts. Some musicians lack knowledge of what goes into a contract and the efficacy of a written contract. Most cases of past exploitation emanated largely from this. Its high time musicians are empowered with multiple literacies, independent, critical thinking and innovative application of modern-day ICTs to engagement both online and offline.

Musicians should be empowered to propagate value by displaying creative imagination and entrepreneurship outside the recording booth. Successful music industries worldwide demonstrate the value of porousness to new ideas, new thinking, and progressive strategies.
Assuming that the government wants to engage artists today, how does the minister go about it? Does the minister visit studios? Does she have to call for a conference? How best can she hear the challenges being faced by musicians? Through song? From “rags to riches” narratives? How will the government hear a Nkayi-based musician today? How about a Victoria Falls-based band? IS the industry organized enough to face its challenges? I will leave it there…

By the way who is policing music? It looks like people are uploading music belonging to late and living musicians on YouTube, reaping large sums of money out of that.
Eh am out:,