He attended Lord Malvern School, where his passion for two things he loved the most grew,
One was playing basketball & the other was singing which he started in Church in 1999

The Conscious, Reggae/Dancehall Artist Dashocca first hit the music scene in 2011 after his friend gave him a riddim to try and ride some lyrics on and came up with his first song “Who Jah Curse.” Since then he has been hooked and has never stopped singing powerful lyrics on each riddim he gets his hands on.

DaShocca’s greatest talent is his ability to change his voice from a sweet melodies voice to a deep smooth charming husky voice while in the middle of recording or performing many of his songs. With talent and the type of focus and dedication this young man has when writing his own lyrics, there’s no doubt his one to look out for the future of Reggae/Dancehall out of Africa.

“A strong believer in JAH (JEHOVAH) the creator and peace, love and unity, Loyalty over Royalty”

DaShocca is the brains behind the word Gukaraca in short Gukar which has been adopted on the streets a name for the dangerous drug Crystal Meth which has taken a toll on the youths. The toxic substance is slowly ravaging society especially the young in Harare communities.

Following the circulation of a video showing Zimdancehall star Dobba Don who is believed to have lost his mind due to substance abuse, there has been a lot of mention of Gukar and the connection to DaShocca. Earground reached out to the artist to get his side of the story.

For a Fact let me reiterate myself pertaining to the contextual meaning of the Word Gukar / Gukarmaca which I personally created.

Gukar / Gukka / Gucca whichever one may pronounce. Gukarmaca-falla means What those who take any Biologically processed substances into their respective body systems sees after consumption, in short (Paranoia / Hallucinations)

It may seem a bit late to explain and get everyone to know the real contextual meaning of this word which either Google or Wikipedia cant give the meaning of but it was very necessary to set the record straight.

Henceforth for when you hear me being called Gukar daddy that don’t mean I’m Crystal Meth daddy instead it mean I AM BAD LIKE PARANOIA / HALLUCINATION.

In respose to the Dobba Don situation, DaShocca had this to say:

It’s so sad to learn that one of my colleagues in our Helmet fraternity DOBBA DON aka 45-45 has gone under the dark drain. 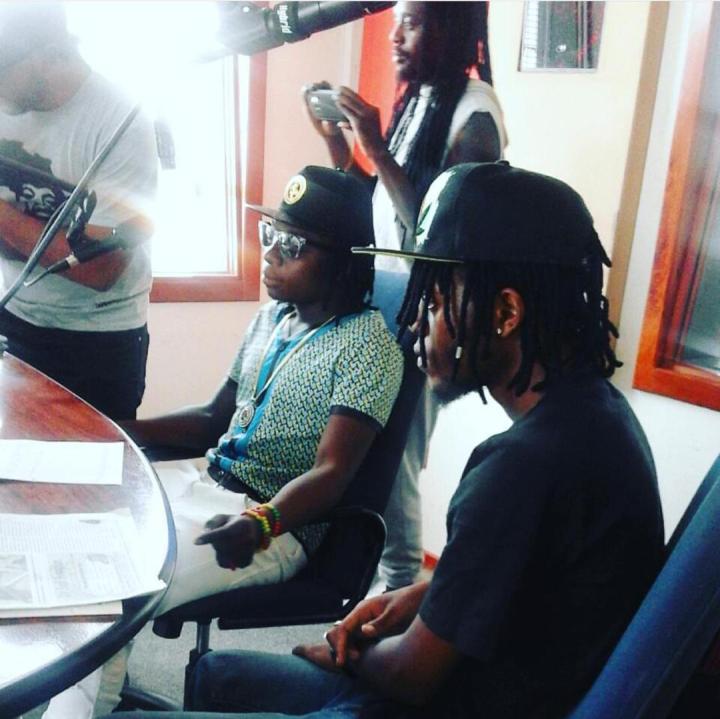 “Before we point at other factors like (black magic, voodoo, Obiah, Makwati etc) we all know Our fellow brother used to take Crystal meth which may result in such Behaviours him displaying in currently circulating Video clips on social media. Lets pray fi him much less organize a rehabilitation course fi we next bredda yah while we still can 🙏🏽🙏🏽

NB: I SAY TO ALL PLEASE DO BY ALL POSSIBLE MEANS NECESSARY TRY TO STAY AWAY FROM DRUGS, BE IT HARDCORE OR WHICHEVER WAY YOU MAY CALL IT.
THERE IS NO GIFT ABOVE THE GIFT OF LIFE NO MATTER RICH OR POOR.
STAY FOCUSED, HAVE SELF ESTEEM AND BE A GOOD ROLE MODEL TO THE YOUNG ONES WHO LOOK UP TO YOU.