The Broadcasting Authority of Zimbabwe has banned a new song and video by Rachel J and Enzo Ishall. The song which was penned by Enzo has been deemed unfit for airplay owing to sexually suggestive lyrics which the state feels could negatively affect the children.

Below is a statement by BAZ in a communique directed to all radio stations. The video which dropped a week ago attracted a mixed reaction online with most expressing displeasure with the content. The ban comes on a backdrop of a year that saw the biggest number of songs laden with vulgar and profanity being released and trending online, on the streets and some on the radio. 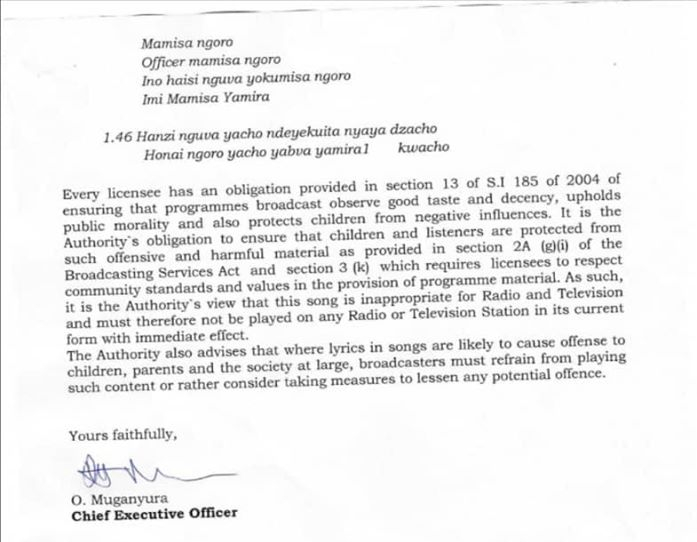