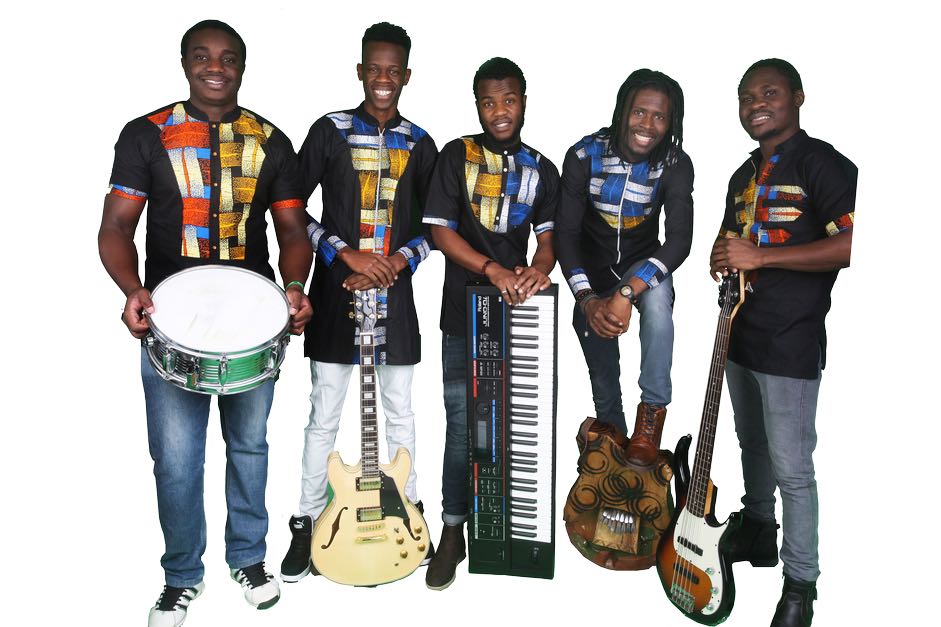 EARGROUND is always scanning the radar to check on which Zimbabwean artists are flying the global musical-space and the signal led us to Pachena Jam Band.

The 5 piece Afro-Jazz Band has be cruising the space for a while now and serenading fans in the diaspora.

Hailing from Highfield in Harare, the youthful but versatile and monster talented outfit formed in 2015 perfected their craft in their neighborhood which caught the attention of a promoter in Germany where they are now based since last year.

They say an apple does not fall far away from the tree. Pachena joins another traditional band from Highfield, Pamuzinda which has over the years become global cultural ambassadors for Zimbabwe and made Germany their hunting ground.

Pachena Jam comprises of Simbarashe Ritala the bassist, Valentine Rusike the drummer, Gabriel Paul the lead guitarist, Kudzi Jonas the keyboardist and Kuda Pikani the band leader who sings, plays Mbira and Marimba in the band. Know as The Mbira Preist and Marimba Player.

The young and energetic , passionate and self motivated man Pikani revealed to EARGROUND That since coming to Europe they have been performing extensively across different cities and the response and appreciation from the audiences is quite overwhelming.

One of their key highlights was their performance late last year at a festival in Saudi Arab To a standing ovation.

Pikani says their eyes are set on scaling greater heights with their music and careers and becoming an inspiration to many young Zimbabwean musicians who hope to do music full time.

The band leader believes their breakthrough is result of their incorporation of traditional sounds, live instruments and original compositions. A reminder to many budding artists to consider for the growth of their careers.

Still with no hit song on radio but going places with their music, Pachena is a classic example of the material that makes Mokoomba thrive.

Working under German based Zimbabwean promoter Joe Mvurah of Hot Afrika the band is part of several artists who continue to represent the country at international platforms.

EARGROUND will keep you posted on their next projects. Stay grounded!