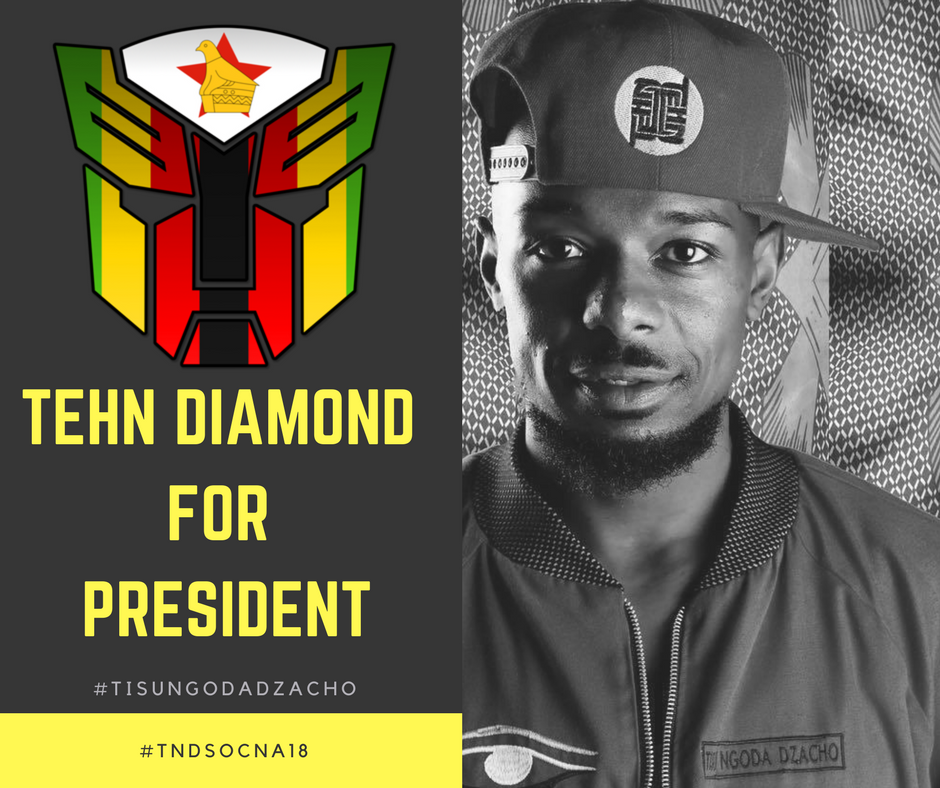 Hip Hop star Tehn Diamond has just announced that he will be the president in 2042.  Wow! I know right? I salute his dream and one day we will be digging for his post and celebrating how a rapper foretold a dream that came true.

Narrating his musical journey and the struggles, Tehn announced his plans an hour ago through a four part video snippets shared on his facebook Tehn and advised that he will be dishing out what he calls The State of The Creative Nation Address dubbed #TNDSOCNA18 .

As a president Diamond pledges to 1.Redefine brand Zimbabwe 2. Build a Thriving Creative economy. On those two points i can assure you that he has my vote already.

On the 18th of April 2018 the artist will be dropping his rallying points on what we could do as a creative to impact, develop our country and be part of the process for change.

The 15Billion Dollar singer is no guest to candid and unravelling truths. A lot of his songs are pregnant with messages that relate to the everyday struggle in Zimbabwe.

Until the 18th of April, keep your EAR GROUNDED for more as the plot thickens.

Here is a video from FewKings’ 15Billion Video//